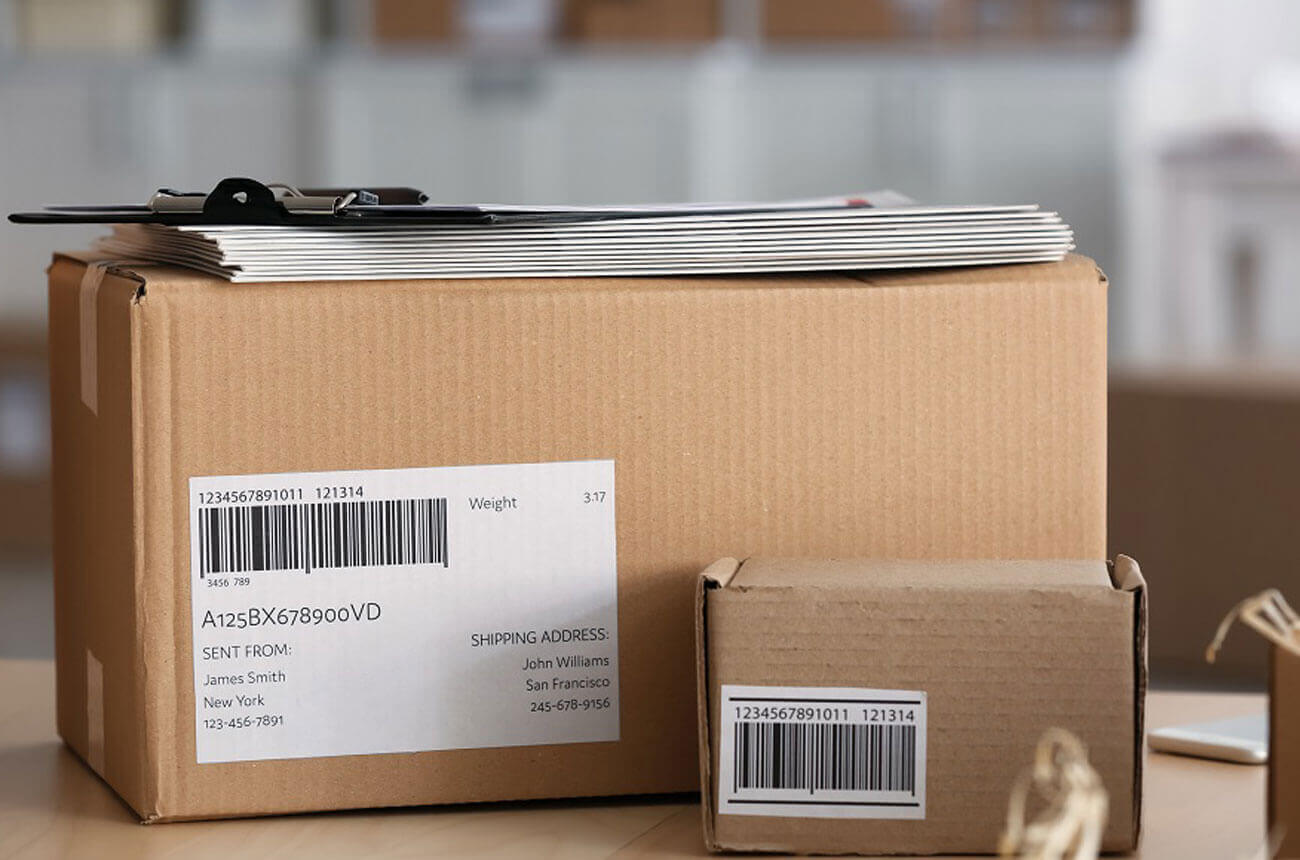 This article is part 2 in a series. Read Online Sales Tax: A Supreme Decision is Pending.

In what can only be seen as one of its more significant decisions in recent years, the Supreme Court of the United States (SCOTUS) recently voted to close a tax loophole that most observers believe was critical to the growth and early success of online sales—and has been a contributing factor in the success of many ecommerce companies.By a vote of 5-4, SCOTUS decided that individual states have the authority to make online businesses collect sales taxes; the decision overrules a previous SCOTUS decision that forbid states from requiring online merchants to collect sales tax unless those companies maintained a “physical presence” within that state’s borders.Given the long-term implications—both in terms of increased revenues for state coffers, and increased paperwork for ecommerce businesses nationwide—the ability of states to broadly tax online sales has the potential to be a ‘game changer’ for the multi-billion dollar ecommerce space.

Prior to announcing his retirement from the bench, SCOTUS Justice Anthony Kennedy wrote for the majority that the prior “physical presence” rule had become “artificial and anachronistic”—and now costs states as much as $34 billion per year in lost sales revenue from eCommerce sales tax rules.More than 40 states and the District of Columbia had urged SCOTUS to overrule the original 1967 case law that established the physical presence rule, as well as the subsequent 1992 decision affirming the original ruling. Although South Dakota brought the actual suit, some of the biggest names in both traditional and online commerce were participants in the suit; South Dakota sought to require out-of-state ecommerce companies Overstock.com and Wayfair Inc. to collect sales tax on purchases made by its residents; meanwhile, several anti-tax groups and retail platforms such as eBay Inc. and Etsy Inc. filed on behalf of the defendants.Ultimately, according to Justice Kennedy’s decision, the prior law prevented an “even playing field” for all retailers. However, opponents of the decision argued that since Congress has the power to regulate inter-state commerce, any change to existing tax laws should be as a result of a new law passed by the legislature.In arguing on behalf of the decision, Justice Kennedy also favorably pointed to the South Dakota law that exempts small retailers from the online sales tax; the state collects duties only on remote e-tailers that sell more than $100,000 in goods, or have at least 200 transactions per year in South Dakota. Legal experts expect that, in the wake of the SCOTUS decision, many other states may use the South Dakota model when imposing their own eCommerce sales tax.Of course, the largest online retailer—Amazon Inc.—already collected state sales tax on products that it sells directly. However, for many other ecommerce companies, the SCOTUS ruling may have long-term implications.

The Taxman Cometh, And With Him New Responsibilities For Small Companies

“The ruling potentially means thousands of small businesses, that never collected sales tax except in their home states, will now be responsible for tax in some 10,000 state and local jurisdictions nationwide,” explains Mike Manzione, Chief Executive Officer of Rakuten Super Logistics (RSL). “It’s still unclear how each tax jurisdiction will impose—and apply—the sales tax, which may have a minimum threshold in terms of both dollar amount and/or transactions.”It may also take some time for states to decide if—and how—they collect taxes from out-of-state merchants; in addition, state legislatures will have to pass laws to govern how/and how much out-of-state ecommerce taxes should be collected.Still, merchants are deeply concerned about what additional state taxes might mean to their customers’ bill—and their own bottom line. This is particularly true with bigger ticket items: according to the Wall Street Journal, a $3,099 Canon camera sold in New York by retailer B&H would cost a New York customer $275.04 in state sales tax; a California customer purchasing the same camera on the company’s website would, currently, pay no additional state tax.However, some online customers are already paying state sales taxes on many items, big ticket or otherwise. Customers of large national chains such as Walmart or Target who make purchases on those companies’ websites are already paying online taxes on most purchases, as a result of those businesses’ large physical presence nationwide.

Regarding Taxation, Retailers Enter A World Of Many Unknowns

RSL’s Mike Manzione explains that there is still a fair number of ‘unknowns’ as to how this new SCOTUS ruling on eCommerce sales tax will affect ecommerce companies.“This issue still requires a significant amount of additional information for retailers to discern how best to comply to this ruling,” Manzione said. “As of now, it’s not yet known what individual states will set as their thresholds for collecting online sales taxes.“Retailers should likely consult with their accountants to determine the states where they will be required to comply; in addition, if they don’t currently have the appropriate software to do so, businesses should begin to research to determine what will be needed to address their respective situation.”As if the taxation arena was not complex enough, several states—including Alaska, Delaware, Montana, New Hampshire and Oregon—do not currently have any sales tax. Analysts are unsure if any of those states may see the SCOTUS decision as an opportunity to bulk up their state coffers with new taxes.One thing that is certain: the potential implications for increased state taxes is extremely large... According to a California tax board estimate, approximately 96% of potential sales taxes are currently uncollected. An eCommerce sales tax law would certainly increase state coffers.That reality—and some ecommerce companies decisions to market that fact to potential customers—helped push SCOTUS to reach its decision. In writing for the deciding side, Justice Kennedy cited Wayfair’s (former) marketing pitch that “one of the best things about buying through Wayfair is that we don’t have to charge sales tax” as evidence of the uneven playing field created by the court’s earlier decision; Kennedy called that type of marketing “a subtle offer to assist in tax evasion.”Regardless of where one stands on the new eCommerce sales tax rules, one fact is clear: the stakes are very high. According to analysis by Factset, about $200 billion in online sales originated with independent merchants selling on Amazon globally last year; Amazon also had an additional $116 billion in direct sales.

Post-SCOTUS: A Call For Congress To Take Action

In this post-SCOTUS decision world, uncertainty appears to be the order of the day.For his part, eBay’s CEO Devin Wenig told the Wall Street Journal that there would be an “extremely chaotic” environment if SCOTUS ruled that states had greater authority to collect eCommerce sales taxes. “Every state will love this tax, because they will get to tax people who can’t vote for you,” Wenig said.Many observers also expect the SCOTUS ruling will put greater pressure on Congress to take action on this issue, although there is no apparent consensus as to what that action might be; Congress appears split on how best to proceed on the matter of regulating ecommerce taxes, and the split transcends traditional party lines.Meanwhile, ecommerce representatives are calling on Congress to swiftly move, in the wake of the SCOTUS decision, in order to ensure an even playing field. NetChoice, an ecommerce trade group, said action was required because brick-and-mortar businesses “won’t have to comply with differing rules of over 12,000 tax jurisdictions, or integrate costly tax software into their operations.”While it may—or may not—eventually be seen as the opening of a Pandora’s Box, SCOTUS’ decision regarding eCommerce sales tax laws is certain to reignite the long-simmering debate over just what is “fair” taxation in the complex world of ecommerce circa 2018.