How New US Tariffs Impact Your Ecommerce Business 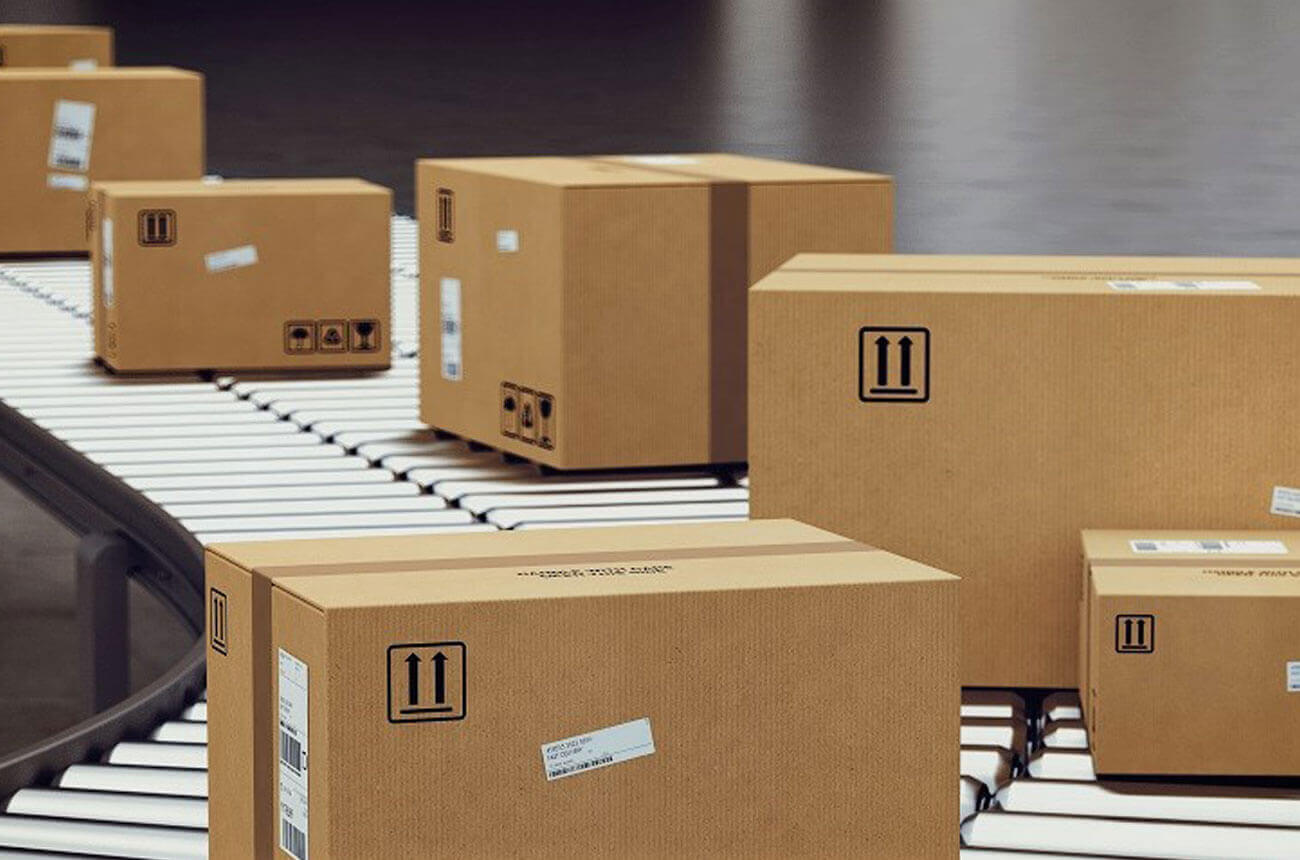 To paraphrase the old adage about beauty, the benefits and drawbacks of import tariffs are often dependent on the ‘eye of the beholder’.

It’s not surprising that, as of late, one of the more hotly debated issues in America’s business community is President Trump’s recent announcement of sweeping 25 percent tariffs on imported steel, 10 percent tariffs on aluminum imports, and the possibility of broader import tariffs in the coming months.Although imports of both products from Mexico, Canada and some select US allies were exempted from US tariffs (at least for now) in announcing the steel and aluminum tariffs, the president made clear his belief that the new tariffs were needed to strengthen the faltering US steel and aluminum industries.

US Import Tariffs: A Boost or Burden For US Commerce?

As is often the case with important business issues, there’s considerable passion on both sides of debate over the merits of US import tariffs.Opponents of the new US import tariffs are quick to point out that there are very few, if any, historical examples where trade wars (resulting from industrial tariffs) produced any actual ‘winners’; in fact, many historians believe that major US tariffs imposed during the Great Depression may have exacerbated, and perhaps prolonged, that deep economic downturn.Supporters of the new US import tariffs, however, believe that some US trading partners—most especially China—have been ‘dumping’ steel onto the international market, resulting in the steep decline in the American steel industry over the last few decades; tariffs, they argue, will even out the proverbial ‘playing field’, and help the American steel and aluminum industries compete internationally. Supporters of new US import tariffs point to a burgeoning national trade deficit as evidence of the need for action.During the signing ceremony for the new steel and aluminum tariffs, the president repeatedly stated that these tariffs were “only the beginning”, reaffirming his belief that additional US import tariffs on other industries and countries are required to help re-balance the current US trade deficit. Last year, the total US trade deficit stood at $566 billion; the nation exported approximately $2.3 trillion of goods and services, while importing just under $2.9 trillion.

Many economists believe that a significant contributing factor to the increase in the US trade deficit has been the recent strength of the US dollar; between 2014 and 2016, the American dollar strengthened by more than 28 percent. A strong dollar makes imports less expensive (and therefore more attractive for consumers) while hurting US exports by raising the cost of US goods internationally.Although the initial steel and aluminum tariffs likely won’t directly impact America’s eCommerce industry, the potential for additional and reciprocal tariffs (and their impact on the international supply chain) could be felt by all US businesses.Simply put, whether you own an online retail business or you have a physical storefront, the new US import tariffs have the potential to impact a company’s bottom line.

China: The Primary Target of US Import Tariffs?

Anyone who has made a number of purchases in ‘big box’ stores such as WalMart or K-Mart already is likely very familiar with the phrase “Made in China”. In recent years, Chinese exports to the US have skyrocketed as demand for cheaper Chinese goods has also escalated.The American trade deficit with China currently stands as the world’s largest; according to Bloomberg, the US goods deficit with China hit a record high of $375 billion last year.Still, complicating the debate over the merits of US tariffs is the reality that, as of late, China has been losing its longstanding edge in international competitiveness. The main factors that helped drive US manufacturing to China over the last two decades—low labor and production costs—have been undergoing significant cost increases in recent years; as both production and labor costs continue to rise in China, that nation’s competitive edge—particularly in the manufacturing sector--has diminished.In response to the new US import tariffs, at the beginning of this month, China announced it would be introducing reciprocal tariffs on 128 different US goods.In the wake of the recent tariffs (and promises of more to come), the voices emanating from the US business community have been loud and—with the notable exceptions of the steel and aluminum sectors— have mostly opposed the imposition of wide ranging US import tariffs. The likelihood of reciprocal tariffs, inflationary pressures and higher consumer costs have been the main drivers of this opposition.

US Businesses Let Their Voices Be Heard

Perhaps no industry has been more vocal in its support of free trade, and opposition to wide ranging tariffs, than the US auto sector. That’s not surprising, when one considers how much the auto industry has at stake in this debate: US automakers account for 38 percent of all the aluminum and 15 percent of the steel consumed domestically.But the auto sector is far from alone in its opposition to US tariffs. The Information Technology Industry Council (ITIC), along with 44 other tech trade associations, recently published a letter asking the Trump administration to take “measured steps” to stop unfair Chinese trade practices, while voicing opposition to unilateral tariffs that have the potential to damage a diverse range of US industries. The ITIC also warned tariffs could lead to a “chain reaction of negative consequences for the US economy, provoking retaliation, and stifling US agriculture, goods and services exports, and raising costs for businesses and consumers.”In other words, other exporting nations are unlikely to just “turn the other cheek”, and reciprocal tariffs could seriously impact the US business climate.In keeping with what is being heard from several other business sectors, the ITIC also cautioned against the US ‘going it alone’ with new tariffs, and that if tariffs are to be implemented, they should only be done with the cooperation of US allies; one way to avoid a possible trade war would be to make decisions on this matter in conjunction—rather than opposition—to traditional US allies.In addition, many US industries, including online retail businesses, rely on well-established supply chain management that is contingent on the relatively free flow of goods and services across international borders. That’s one reason why most observers agree that if other nations retaliate in the wake of new US tariffs, companies with agile supply chain and contingency planning would likely fare far better than those without such assets.Another question arising from the possibility of an ‘international trade war’ resulting from reciprocal tariffs is: what would happen to online retail businesses whose operations are both domestic and international?

For example: Supply Chain Management Review (SCMR) points out that German automaker BMW operates its largest plant in South Carolina. If the stated goal of the tariffs is to protect US workers, SCMR raises the question of how retaliatory tariffs would benefit American BMW employees in South Carolina? Whether ultimately sold online or in stores, the fact that a wide range of manufacturers produce a singular product in multiple countries—often including the US—complicates the idea that the imposition of a US tariff on foreign goods can ‘protect’ American workers.The question regarding a nimble supply chain would also apply to online retail businesses; the free flow of goods (with minimal restrictions, often including tariffs) has helped provide an environment encouraging international eCommerce; would the opposite hold true in an era of increased tariffs, and restrictions on imports and exports?

The Trickle-Down Effect of Tariffs on Ecommerce

For online retail businesses, both the short and longer term affects of the imposition of new US import tariffs remains uncertain; at least some of that uncertainty is due to the fact that it still remains unclear how wide ranging the new tariffs might be, as well as how other nations will respond to the imposition of increased US tariffs.Observers of the stock market, particularly those critical of the idea of new tariffs, have pointed to the threat of additional tariffs as being a contributing factor to some of the market’s instability in recent weeks.Meanwhile, for the nation’s retailers (both online and traditional) anything that may shake consumer confidence— including market instability— has the potential to impact consumer spending, and therefore impact their bottom line.Matthew Shay, the head of the National Retail Federation, recently gave voice to that concern. Speaking on behalf of the nation’s retailers, Shay stated that “a tariff is a tax, plain and simple”; Shay also added that any gains consumers might feel in their paychecks following recent changes to the federal tax laws, as well as their willingness to ‘share’ those gains with retailers/Etailers, “will soon be offset by higher prices for products from canned goods to cars to electronics (resulting from the new tariffs)”.It’s still too early to assess the full extent of what new tariffs will mean for America’s business community—including online retail businesses—primarily because, as of now, the recent introduction of tariffs has raised more commercial questions than answers:

Amid all the current uncertainty, one effect of import tariffs remains certain: American online retail businesses will be closely monitoring both the direct–and collateral–impact of new tariffs on their respective business plans, supply chains and, ultimately, corporate bottom lines. The Great American Tariff Debate has likely just begun.